Hot in the Hamptons Series

To great friends and Hudson Valley RWA chapter mates, Wendy S. Marcus and Liz Matis. I've had a blast writing this series with you - thanks for making this project so much fun!

Read them all, or just read one. It's up to you! But when read together you'll find extra story scenes to enhance your reading pleasure. No matter which route you choose, these standalone novellas will make you burn.

I PULLED UP IN MY CHERRY RED CONVERTIBLE, cut the engine, and stared up at my parents' Hamptons estate where I planned to spend the summer. An odd combination of excitement and unease coursed through me. Probably too much stuff going on at once. After all, not many people graduated from college and got married within a few months. At least, no one that I knew. Worrying I might be making the biggest mistake of my life was normal, right?

I sighed, slid my Tori Burch sunglasses on top of my head, and got out of the car. I hated whining. Drama was okay for a good cause, but endless bitchy whining was completely lame. It wasn't as if I didn't love Phillip. He was perfect for me, my best friend, and my parents were banking on bringing our families together to merge a vineyard dynasty. My life kind of reminded me of a late-night soap, a remake on the new Dallas, but with wine instead of oil. The only thing lacking was a hot affair and stinging betrayal.

I grabbed my leopard print luggage, pulled it out of the backseat, then made my way up the patio. My two best girlfriends and co-maids of honor, Kelsey and Leigh, would be spending a few weeks here, and I couldn't wait. We'd met freshman year at Penn State when we discovered we were all roommates. Packed like sardines into a dorm room meant for two, we'd bonded immediately. They'd become like my sisters, and I hated the idea of us being split up when the summer was over. I pushed the thought out of my mind. No worrying about the future. For now, I had the place to myself to set up, and with my parents and my fiance, Phillip, in California, I was finally alone. It was a heady feeling I wanted to savor, since it rarely happened. Kind of embarrassing. Twenty-two years old, and I'd never been on my own. Even in college, Phillip and my parents were constantly checking on me, showing up with odd visits, and calling consistently about my family's business, Drink It In Style Vineyards.

But finally I was here, with no maids, cooks, or guardians checking on my well-being. Just an entire summer ahead with my best friends, sun, sand, and relaxation. Amidst planning my wedding, of course, which was only a mere eight weeks away. There may be endless details to confirm, but I intended to have fun and kick back for the first time in a long while.

The shingled beach house was located in Wainscott, East Hampton, and had been in my family for years. I sucked in a deep breath, kicked off my heeled sandals, and curled my toes against the warm pavement stones with just a touch of gritty sand. With two outer decks, an infinity swimming pool, fire pit, and views of the beach, it was truly a paradise just a few hours away from the vineyard. I was used to living in the outskirts of Long Island, with acres of grapes and few neighbors. Easy access to bars, partying, and beaches was my perfect summer getaway.

The screen door squeaked as I made my way in. Yanking off the furniture coverings, I revealed the gorgeous cafe color furniture, with vibrant plump pillows, and cranked the bay windows wide open to let in the ocean air. Dark wood floors contrasted with stark white walls, giving the house a clean, elegant look my parents always preferred. Personally, I would've loved to decorate it in a more beachy way, with shells and wooden signs and bright pinks and blues, but I was grateful to even own a beach house in the first place and let my mother's taste rule.

I quickly checked the fridge and found empty space. I'd have to get some groceries in before my girls got here. The wine racks were full, though, along with a case of beer. Maybe I'd take a quick drive for supplies before settling in. Dumping the heels and changing into comfortable flip-flops, I pulled my long, dark hair into a high ponytail, grabbed my Coach purse, then hit the road in my convertible.

The house was close to Main Beach where all the action was, but I wasn't ready yet for a big social outing. My bicycle was in the garage, but I needed to pump some air into the tires before taking it out. I cranked up the radio and hummed to Maroon Five as I pulled into the local market, completely relaxed until I heard the loud rumble of an engine. Suddenly, a sleek black motorcycle cut in front of me. I slammed on the brakes and jerked forward as the bike whipped past my right tire and squeezed into the parking space I'd been heading for.

Son of a bitch.

Fuming at the idiot who thought having a motorcycle made him cool, I pulled into another open space, slammed my door, then marched over. The guy had this futuristic shiny black helmet with a visor over his eyes.

"Hey, you cut me off! You could've gotten both of us hurt."

I didn't know what I wanted. At least an acknowledgement or some half-assed apology. Instead, he pretended he didn't hear me, fiddling with his helmet strap and keeping silent. My temper spiked. I hated arrogant guys who thought they were hot shit.

"Think you're too cool to talk to me, huh? Let me tell you something. Owning a motorcycle doesn't mean you can drive one."

He threw his leg over the seat then stood up. I sucked in my breath as he unfurled to his full height, which was a solid six inches over me. In worn jeans, scarred boots, and that sci-fi helmet hiding his whole face, he looked a bit intimidating. His full lips turned down into a mocking sort of sneer at my little speech, which only made me madder. And then he slid off the helmet.

He was gorgeous. I mean, let's be honest, I'd seen attractive guys before. With his golden blond hair and light eyes, Phillip looked a bit like Prince Charming himself, and always turned girls' heads. But this guy in his badass glory put everyone else to shame.

Thick, black waves of hair fell haphazardly over his forehead and covered his ears. His face was a bunch of strong lines and rugged curves, with a dominating nose, high cheekbones, and slanted, black brows. Eyes as misty green as I imagined Ireland to be gleamed with a twist of light gold. But it was more than just his good looks. This man owned an air of demand that singed everyone in his circle. From the sheer intensity of his gaze and his aura of impatience, he was obviously used to calling the shots or walking away if he didn't get what he wanted. This man was the ultimate bad boy mothers warned their daughters about and girls dropped their panties for.

I think I hated him more on sight. Because right now, my panties were damn wet.

"Did you hear me?" I demanded again. I shifted my feet under his scrutiny, that hot gaze raking my figure from head to toe, lingering on everything in between a bit too long. A strange breathlessness caught my chest, and my tummy clenched into a silken knot.

His voice was so dark and husky he reminded me of Christian Bale's sexy Batman. "Oh, I heard you, all right. The whole parking lot heard you. Didn't anyone tell you owning a cool convertible doesn't mean you know how to drive one? You cut me off, sugar."

My mouth dropped open. "Did you just call me sugar?" I asked.

He shrugged, already bored with me, and concentrated on hooking his helmet to the strap on the bars. "I call all women sugar. Don't take it as a compliment." He swiveled on his heel and walked away without a backward glance.

I closed my mouth and dragged in a breath. What an asshole! The touch of his southern dra
Next > 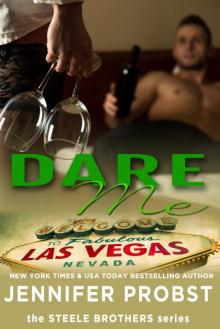